On top of the tallest building,

With reason of justice,

Vigilantes are people who take the law into their own hands. The poem we made is not specifically centered to Batman, it’s just an example of one. Our group had different ideas for vigilantes, but we decided to speak for any vigilante.

Warning: I do not want to offend anyone with this post, this is my opinion.

Technology is an advancement of lifestyles. I remember when technology companies were innovative, coming up with revolutionary things. Well now some of them aren’t as good as they used to be. Let me tell you why.

Nintendo – There was a time, about a decade or two, when there were amazing Mario games. New ideas came here and there, everyone was happy. But I guess Nintendo just lost it all, and now they’re making sequels. The last original game came out 2 years ago, Super Mario 3-D Land. Let’s face it, it looks more like a mixture of Super Mario Bros. 3 and Super Mario Galaxy 2. There’s even a sequel to that! Watch the trailer below. That makes the last original game Mario Galaxy, which came out 6 years ago! Redeem yourself, Nintendo!

Apple – Innovation, the word that represents, or should I say, used to represent the company. Instead of making a completely different product, they make a few changes at a time, taking forever to make the big change. The phone names are just so unoriginal. Really, 5C, 5S, 5? Here’s an idea, try making names for the phones that are more than just numbers and letters. I think the last innovate thing that Apple made was the iPhone 5C, and that just looks like they mixed an iPhone 5 with a 3GS. The only reason that Apple has a lot of sales is because it is somewhat easy to work with, and a lot of people get under popularity or because they trust the brand.

The first time I heard of IOS 7 was 2 months ago. I was in India, visiting my family. I was reading my uncle’s newspaper, and heard about it. They said that it was going to have a 3-D perception and a whole different look. Well I guess that was a lie, because I recently saw photos of the IOS, and it isn’t 3-D or much different. It just has a slimmer look. The newspaper also said that it would be available to all apple devices. That’s a lie too, because my sister saw the Apple website say that it was only available to the newer devices like the iPod touch 5, iPhones 5,5S,5C, and maybe 4S, and iPads 2,3, mini, and 4. I don’t know if I should trust this software, so please comment and tell me if it’s good. Thanks for reading. 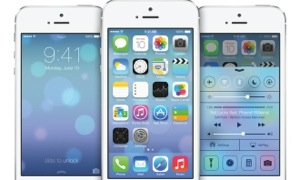 This is my dog, Bella. She is currently 4 months old, and is a Jack Russell Terrier/ Pit Bull Terrier Mix. We got her from a shelter that my sister volunteers at. She was being fostered by a lady who has been growing up with dogs ever since she was 12. We looked at many dogs, but this one just seemed to fit our style the most. Her name was Barbara Ann, but we didn’t like that, so we came with the name Bella after a long debate. She has somewhat of a bipolar personality. When she is fully awake, she can go from playful to maniac. When she is sleepy, you can just pick her up, or put her on your lap and she won’t even care, she’ll probably just sleep on you. We do have some problems, like potty training, and training in general, but I think that we are going to be just fine.

September 17 is Constitution Day, the day that the Constitution of the United States was signed. In Mr. Bailey’s class, we watched a couple of videos about the Constitution, and we visited constitution day.com. This video was apparently made in 2011, so just pretend it says 2013.

Plants vs. Zombies is one of my favorite Apple games. It came out in 2009, and I have waiting for FOUR years to install it. The title “Plants vs. Zombies, It’s About Time” suits in 2 ways. First of all, it is about time that it came out, really, four years? Second of all, the story is about Crazy Dave going back in time to eat his taco that he saved for 4 years (wow), because it was sooooooooooooooo good. But the time machine went to far, and you end up going through 3 long worlds based on different periods of history, just to get a taco. Anyways the new plants are very useful, and the new zombies are very interesting. It’s also free, so I recommend you get it if you don’t have it. Overall, I like it better than the first game, and I hope they make a third game.

Welcome to your brand new blog!

This is a sidebar and can be changed in Widgets in your dashboard.

You can also modify number of sidebars in theme options!